Searching over and over again, I found no way of generating those „outlets“ in Xcode 4’s new Interface Builder in conjunction with MonoTouch.

Right before getting nuts, I found this document that has the solution to it:

The chapter named „Adding Outlets and Actions“ contains the solution to it. Basically you have to: 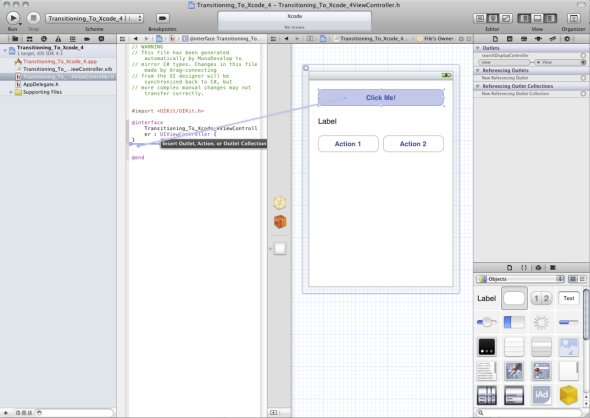 Then, after saving the file in Xcode 4, MonoTouch shows the new outlets as properties in the .designer file.

There is also a new documentation regarding the Transition from Xamarin.